WOW: A BURNING is a small novel with a huge global punch 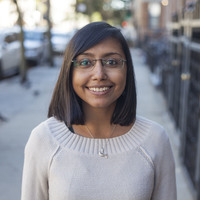 According to the book jacket, Megha Majumdar was born and raised in Kolkata, India, then moved to the U.S. to attend Harvard University, followed by graduate school in social anthropology at Johns Hopkins University. She works as an editor at Catapult in NYC, an online literary site. She is already a literary force.

I suppose in her spare time she wrote a novel and an extraordinary novel it is! An original, expertly crafted and insightful page-turner, exposing how politics and opportunism permeate every walk of life and every individual, and there are many in India, with aspirations for a better life.

Every character, except the young woman who gets the ball rolling by posting a social media comment related to terrorism, resulting in her arrest and imprisonment, makes a deal with the devil for themselves, and what they would like to accomplish, rather than stand up for innocence. A BURNING begs the question: what is the right thing for all versus what is most right for oneself. This novel is a punch to the gut story from page one that nonetheless keeps you hoping the end might turn out better than it seems and/or the end might justify the means.

And that is the very essence of a morality tale — can the end ever justify the means when a life is at stake and when truth is buried for personal gain?

In an effort to avoid spoilers, I won’t say anything more about the plot or the ending. I will say that the writing is concise and descriptive — you will feel as if you are there, within prison walls and without, with the victim, an aspiring actress/friend, a physical education teacher who wants to make a difference for more than one student, and a myriad of media and political influencers who manipulate the outcome.

This is one of the most hard to put down novels I’ve read, and that’s saying something, considering all the good fiction that’s been published just this year. [Read the reviews.]

As a rule, I include quotes from the books I recommend. In truth, the language in this novel is not what makes the book so grand — it’s not unusually eloquent or lyrical. It's nearly journalistic. You may feel like you are reading true crime without the excess of that genre. And, whatever I might extract, out of context, won’t make much sense. I promise you — every word is right and every word matters. She is a writer to reckon with.

Although the story takes place in India, the characters, the timeline, the fallout and the portent apply anywhere in the world right now. A microcosm of modern times. Worthy of the all the awards and award nominations it's received and would be a great read for book groups.

Hard to miss this one - on most every best of list.