This blog for the most part has to do with change - within and without. Or, in contrast, the rut one easily falls into without sufficient change, even the littlest bit, day to day. Even reading the same sort of material, which I generally do, preferring literary contemporary fiction with an interesting story, can become its own rut. Thus, when presented by a knowledgable friend with a new novel that has to do with a werewolf, my first reaction was, no way.

And that is the AHA moment - why not try something that seems otherwise out of my range of interest? After all, it's just a book - not a paradigm shift. Following are the results. Once again, change is good.

This is not a book I would have read. Yes, the reviews were excellent. And yes, it is published by Knopf, one of the best fiction publishers in the world. Still, I don't read about werewolves. As a rule. But every rule has its exception and much to my surprise, I can wholeheartedly recommend THE LAST WEREWOLF by Glen Duncan. It is one helluva read. [And many thanks to Robyn at Laguna Beach Books for the heads up.]

Smart. Exciting. Philosophical. Jason Bourne crossed with Sherlock Holmes and Frankenstein. Erotic. Violent. Gruesome in parts, oh yes. Touching, yes that too, much as that seems unlikely. You will absolutely fall in love with the Jake – the last werewolf on earth after the systematic destruction of all others by an occult group bent on vengeance. But, as every action has a reaction, there are the others who want to keep him alive [I won't say more, too easy to spoil the fun]. Of course there are the moonlit victims. The lovers. The advocates. Quite a line-up of characters, all well drawn.

In the end, like all good fiction, the writing makes the book worth reading. The descriptive prose and existential angst reads like literary fiction. The voice of a lonely creature, not so different from all the lonely creatures who have wandered the planet for hundreds of years. "Humans are moving into a new phase, one based on the knowledge that talking about their feelings has never got them anywhere. The Demonstrative Age… I shan't be around to see it. That, since I asked the question myself, is how I feel, surer than ever that my clock's been right all along, that I've had enough, that it's time to go, that I really can't stand it any more, the living and the killing and the wandering the world without love."

I tend to see all good literature as metaphor, so I spent the better part of the book, while entranced with the complex plotting and captivating characters, wondering what it is that the author wants us to understand. Or, perhaps, this novel is merely a grittier sexier Harry Potter for grown-ups [although not so many wizards to keep track of]. I’ll leave that to you to decide for yourself, but consider this:

"Monsters die out when the collective imagination no longer needs them. Species death like this is nothing more than a shift in the aggregate psychic agenda. In ages past the beast in man was hidden in the dark, disavowed. The transparency of modern history makes that impossible: we've seen ourselves in the concentration camps, the gulags, the jungles, the killing fields, we've read ourselves in the annals of True Crime. Technology turned up the lights and now there's no getting away from the fact: the beast is redundant. It's been us all along."

Now you want to read it too, don't you? So, take a break from the classics or the mysteries or whatever reading rut you are in, and enjoy something as intelligent as it is improbable. Or is it? 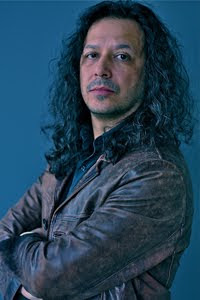 Bravo to Glen Duncan.
Author of The Last Werewolf.
A great read.
Posted by Randy Kraft at 10:52 AM No comments: