I don't as a rule cite other people's reviews - the point of this blog is to present my own - however this writer fascinates me. I read the first of what turns out to be a trilogy, "Outline," and although I struggled with the structure, nearly a full stream of conscious narrative, the novel stayed with me and the writing knocked me out. So of course I will read this second installment, which sounds even better, and I will report back, but I thought I'd share this review with you. I am so admiring of these skillful writers determined to break the mold on fiction, even though I love the mold when it works. Nothing like a good old-fashioned story. Or even the non-traditional story like the new wonderful Paul Auster which I will review soon. I suppose you might compare her work to an abstract expressionist. All a matter of reflection and perspective. Oh so interesting. Let me know if you read and what you think and I will do the same. Here's the link to the review posted today by Monica Ali, another interesting post-post-modernist. Cheers.
https://www.nytimes.com/2017/01/23/books/review/rachel-cusk-transit.html?emc=edit_tnt_20170123&nlid=67675947&tntemail0=y&_r=0
Posted by Randy Kraft at 10:08 AM No comments:

Imagined Sins of the Father

Imagine Me Gone by Adam Haslett 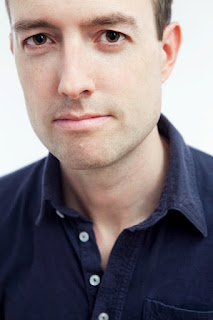 Before you decide this is not a novel you want to read, think again. Most of us know someone grappling with a personality disorder, some so severe as to wreck their lives. Depression, bi-polar disorder, borderline personalities... these conditions ruin lives, but also the mark of creative and/or non-traditional spirits. Interesting people.

At the very least, we know more than ever that such conditions are more about hard wiring, or trauma, and are integral to individuality.

Consider how touching a novel might be that deals with two members of one family with a shared disorder and the dramatic impact on other members of that family. Also consider the exquisite craftsmanship of Adam Haslett. [You may remember his debut collection of stories, You are Not a Stranger Here, which was shortlisted for both the Pulitzer Prize and the National Book Award.] His promise has been fulfilled.
At heart, this is a love story – the passion of a woman for a man she might never fully understand, and whose challenges she takes on as her own – as well as maternal love. And, a tale of faith – the faith we place in each other, and our parents and siblings, to steady our journeys.
The novel begins in the sixties in London and over several decades moves between England, Massachusetts and Maine, and shifts voices between the five characters, each reflecting the others. The children grow up; they display their own fierce individuation, their drive and disappointment, and the bond they’ve cemented to each other.
A striking piece of writing, surprisingly funny in parts, heart wrenching of course, although Haslett never condescends to tug at a reader’s heartstrings. The story is powerful enough because it is told with honesty as well as compassion.
There is one particularly amazing chapter in which the elder son describes his pastimes and pursuits over the years, segmented not by timeframe or location or even experience, rather by the medication he was on at the time. It’s as shocking a statement on psychopharmacology as I’ve read and a powerful evocation of the way in which those who struggle are expected to conform to a vague measure of normalcy.
I was drawn to each of these characters, but especially the mother, Margaret. Perhaps because I am a mother, perhaps it was her knowing sacrifice, her commitment to love and family. Whatever the reason, she spoke to me, especially when she spoke of intimacy.
It was all part of what kept up a sense of mystery between us at the start. That tension of not knowing but wanting to know. You’d think that after seventeen years of being together and three children and moving together from London to a small town in Massachusetts, this kind of mystery would be dead and gone, the ephemera of early love washed out by practicality, and much of it is.

Lots of fabulous writers publishing early in 2017 so stay tuned for recommendations. Up next: the amazing Paul Auster.
Posted by Randy Kraft at 6:50 PM No comments: