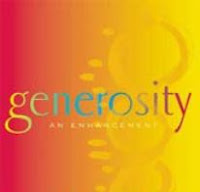 Ah, the spirit of generosity. Tis the season. I am always grateful for the abundance of our rich culture and also, especially this time of year, anxious – will the funds come to meet our operating budget? Every day, I see the generosity of good people unfold. I know my donor base fairly well now, after two years Friendship Shelter, but people invariably surprise me, stepping up to give more because they know the need is great. Or, apologizing because they cannot give more but wish they could. I know how they feel.
I understand the delicate balance between the need and the response, much like the balance in nature in all things, and certainly in humanity. I truly believe that most people, even in America, strive to do their best and live by some sort of personal code. I believe more people are misguided and misinformed than unkind and I don’t much believe in evil, only the degradation of the human spirit. I avoid the fear mongering and just plain nasty media, which is most of it these days, in favor of NPR and PBS. These are the only sane media choices, balanced and observant, and endlessly interesting, well beyond the “news.” Still, stories are often so bleak. 25% of homeowners in danger of losing their homes. 40 million without health care and not all of them will be covered, despite so-called reform. Boys and girls dying every day in Afghanistan et al. Pro-life fanatics using health care to further their ends. Democrats and Republicans posturing and politicizing the most basic of human needs. Locally, social service providers jockeying for position, defending turf and pointing fingers instead of seeking meaningful solutions. Children dying daily because of abuse or drunk drivers, or languishing from neglect. Middle school kids beating up on peers because they have red hair. Elderly more concerned about death panels than quality of life.
I could go on and on. I won’t.
Instead, I retreat, as I often do, into the world of fiction. No picnic there, of course, but one has the benefit of that willing suspension of disbelief that serves as a buffer: the land of pretense that makes even the most realistic of stories fiction. Richard Powers, a favorite of mine, has just published a stunningly intelligent and engaging story about a woman who is endlessly happy: “Generosity.” His protagonist, a refugee of unspeakable horrors, is so caring and forgiving that she is unfathomable to those around her. They must study her. Investigate her true nature. Reveal her Achilles heel. The psychologist proposes a bi-polar mania. {Powers responds that of course this must be the case as the whole of society is now bi-polar – certainly Wall Street would bear that out.] The writing instructor is intimidated by her ability to transcend the usual maudlin quality of poetry and entrance all readers. The geneticist seeks the answer in her DNA. The media sensationalizes her story, turning her into the modern day equivalent of the bearded woman. The blogosphere seeks her identity and the lonely seek her blessings. Perhaps there is a Christ-like figure in this beautiful embodiment of the generosity of spirit, although this author rarely explores the spiritual – a realist and humanist, he prefers to peel back the layers of nature versus nurture. In “Echo Maker” he examined the power of memory. In “In the time of Our Singing” the essence of race relations. In “Gain” the conflict between big business and personal freedom. I love this writer. He makes me think, he makes me laugh, and sometimes cry, but never manipulates my emotions. No escapist fiction, rather an intelligent exploration of human potential, and failure, ever so much more meaningful than the harsh reality of harsh reality.
So, at this time of Thanksgiving, I am grateful not only for my health, my divine daughters and their good health and good lives, my wonderful friends, important work, fresh air, sunshine and blue waters always on my horizon, a sense of personal safety and the simple pleasures of music and the arts, I am grateful for a way of rising above what ails us every single day and remaining steadfastly devoted to the half-full glass. The generosity of giving, and a giving heart, has the potential to heal all wounds.
Generosity is a true blessing.
Post Script: Words to think about from "Generosity" by Richard Powers:
If a reasonably alert person wants to be exhilarated, she just has to read a little evolution. Think of it: a Jupiter flyby, emerging out of nothing. A few slavish chemicals producing damn near omnipotent brains... That discover is better than any drug, any luxury commodity, or any religion. Science should be enough to make any person endlessly well. Why do we need happiness when we can have knowing?
Posted by Randy Kraft at 6:06 PM No comments: 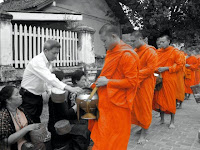 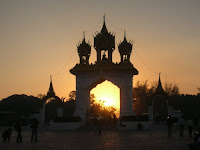 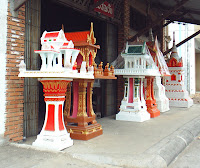 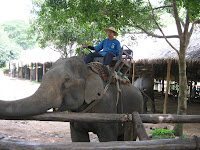 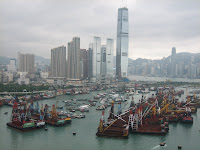 Women with parasols in pastel colors. Laundry hanging to dry outside windows throughout the city, strung precariously on extended hangers as high as the eye can see. They hang totally still, like sculptures, as little wind penetrates the narrow gulf between buildings.
Skyscrapers all, hardly any low roofs to break the sight line, clumped together like giant vertical lego's, all shades of gray.
A glimpse of green hillside in the distance. A mountainous screen saver.
Whole portions of the city created out of landfill, and more of the harbor soon to be sacrificed. One might expect at some point that only a small channel will remain for boats, ferries perhaps obsolete to bridges.
Kowloon, where Byron and Gerry live, once dirt and slum, now an elegant choice to city center, with apartment complexes offering resort-like amenities and amazing views of what we think of when we think of Hong Kong. [Photo above taken from their terrace.]
High overhead walkways between newer buildings at business centers, connecting work stations with malls of high-end shops and restaurants. All neatly constructed, as if blueprints sprung to life.
High tea at the Peninsula Hotel downtown, a remnant of colonial rule and old-world European charm There is little left here. Beautiful abundant food, one of the few vestiges of British rule.
Junk boats fill sections of the harbor, awaiting duty – almost all the color of rusted metal, with only the occasional red or blue speed boat mixed in, a splash of color on an otherwise dreary canvas. Water, sky, buildings are all gray, blending into each other. Haze and pollution blanket the scene.
Street markets overflowing with goods of all kinds, piled high into small stalls.
Streets teeming with people at all times, people of every Asian variety from Chinese to Vietnamese. Asians all but the contrasts in facial characteristics clearly delineate the differences, and they all know their own. The lower classes – Philippines, Indonesians – are employed largely as house workers, diminished and tightly controlled, and often subject to stern scolding on the streets over any perceived or invented disrespect.
Sundays at Causeway Bay, a highly commercialized beach area, where house workers on their one day off congregate together with pot luck lunches, always clustered with their own, chattering like birds on migration, a few hours liberated from their near-slavish lives. Byron and Gerry take better care of their “maid” who is as much companion now to Byron as housekeeper, a fantastically good natured soul with little to look forward to.
Poppy, their beautiful golden retriever, frequently frightens people on the street or in the elevator only because she is a dog.
Fishmonger storefronts downtown with giant bottles of shark fins floating in murky water, lined up in windows like a poster display.
Warm smiles of working people but only when you smile first.
A taxi driver laughing loudly at our accented directions.
Trucks, buses, taxi’s all bombarding up against each other on narrow streets, fighting for every inch of road.
Buildings mostly flat facades. Institutional, utilitarian. Little molding, trim or shutters. A sea of windows between which are often seen the stains of heavy rains. Roofs adorned only with cisterns.
Rarely a tree-lined street. Parks few, largely hidden.
Constant 10-hour days of construction, with the requisite drone of saws and drills and engines whirring. The ubiquitous crain. The only sound to penetrate the din of a busy city is the occasional trill of a bird singing alto voce as if determined to compete. “Listen to me” it pleas and that might be said of the 9 million or so making their way through Hong Kong every day.
The Hotel Intercontinental in Kowloon, opposite HK island, a gorgeous glass enclosed bar just above the harbor provides a stunning view of boats and the skyline, which lights up like Disney at 8:00 PM, each building in sequence. Light scatters across buildings and across the water. A most western style place, gorgeous food and service, one might be anywhere, except for the view.
There are 60,000 Americans living in HK, as many and more other expats. They congregate in western style places, bars high above the skyline, living well in this fantastically expensive city. An apartment has just been sold for $50 million. I imagine HK competes with Shanghai and Dubai, perhaps Seoul, for the most modern over-the-top cities of the world. HK is Tokyo on crack. Tokyo is New York on crack. New York seems small, even quiet; then again, it is my home.
People of HK are a people of purpose. Completely focused, immersed in what they do, from shopping to work. By day, they seem serious souls, although after hours, or occasionally caught off guard, Byron tells me they are easily amused and good-hearted.
If in fact Hong Kong is the jewel in the Chinese crown, the model for all other cities to come, they are on warp speed to modernity. Old buildings are demolished for new, no restoration or renovation, only temples are sacred. I have seen only swarms of shoppers, workers, passers-by. I’m told there are shanties of sorts under bridges and in selected corners, but I’ve not seen them. They likely are not meant to be seen.
Even on a Sunday afternoon, forging through the many open markets, they are intent on fulfilling their mission, on the search for just the right item. Frequently dressed in black, they rarely make eye contact, at least not with me. Is it no wonder they will dominate the world?

More photo's at http://picasaweb.google.com/maple57/Asia2009#
Please note: These are all my pictures, plus Byron's shots of Hanoi, which are easily identified as the better photo's!
Stay tuned for Thailand, Laos and Vietnam. xx
Posted by Randy Kraft at 7:20 PM 2 comments: