When time, distractions, or the simple desire for minimalist storytelling takes over, I recommend two short novels [one new, one older] and a great story collection to sate your literary appetite. Unexpectedly, the three I’ve recently read all address the subject of disconnection, both physical and emotional, and the fallout of loss that lingers in our psychic DNA. No high plots, rather literary contemplations of relationships that make for elegant fiction in the hands of these writers. 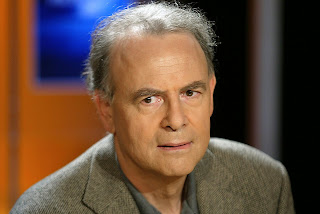 1. Patrick Modiano, a French novelist not often translated into English, won the 2014 Nobel Prize for Literature, which shocked those of us who believe we are well read. Previously unknown to me, I grabbed a short novel entitled “Honeymoon” and will follow shortly with “Missing Persons.” Both deal with the less intended and often overlooked consequences of refugee status during the occupation of Paris by the Nazis during WWII. As good fiction can do, the story rings true today for the hundreds of thousands tossed out of cities and villages by wars waging across the globe. The narrator, who has made a career as a documentarian, ironically focused on lost explorers, finds himself exploring the last years of life of a woman he knew briefly as a young man, when he discovers she has committed suicide. As he retraces his steps, and contemplates connections made and broken, he slips into the rabbit hole of past lives. He discovers he has lost touch with his own. Or was he ever fully in touch with himself? My only critique was that I wanted to more.

She took my arm because of the sloping road. The contact of her arm and shoulder gave me an impression I had never yet had, that of finding myself under someone’s protection. She would be the first person who could help me. I felt light-headed. All those waves of tenderness that she communicated to me through the simple contact of her arm, and the pale blue look she gave me from time to time – I didn’t know that such things could happen, in life. 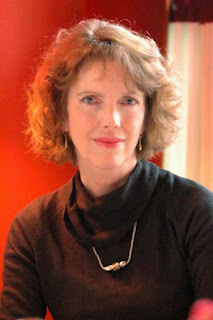 2. The Canadian award-winner Jane Urquhart has written many wonderful novels that often center on the search for a sense of place. My favorite is “A Map of Glass” but I came upon her most recent work, “Sanctuary Line,” and happily immersed myself in languorous language and complex characters. This narrator returns to the site of many happy childhood summers, with attendant memories of lost relationships, to study the migratory habits of the Monarch butterfly. There, a chrysalis of secrets helps her understand her past, and make peace with the disappearance of an uncle long ago and, more recently, the death of his daughter in Afghanistan. Both seem to have had forbidden relationships programmed to be on, or off course, like the butterflies.

How frail each life is. We mow a meadow and kill a thousand butterflies. The racket of the mower, the sound of a fist hitting flesh, an American bomb striking a Middle Eastern city – perhaps in the way of these things the only difference among them is that of scale. We keep on walking toward clamor and then cannot accept what that clamor shows us.

All the other images had been put away, including the framed aerial shots of the farm in its heyday when the Mexicans still came each summer. I was not unhappy with this: memory was not my friend, even though I was so young. I now believe that memory is rarely a friend to anyone. Always attended by transience and loss, often by anguish, the very notion that the elderly spend their days wrapped in the comfort of pleasant mental journeys into the past is simply absurd…

3. Ah, the glory of a good short story. And the glory of the great Edith Pearlman. A short story writer regularly published in literary magazines, she finally found a home with a major publisher, and won the National Book Critics Circle Award for the collection “Binocular Vision.” I loved those stories and was delighted that a senior citizen might at last achieve literary status. However the latest edition,  “Honeydew,” may be even better. These 20 tales cover the gamut of relationships and circumstance, within the context of science, psychology, technology, antiquity, music… not to mention loneliness. This writer has a remarkable range of content and knowledge. And, like the greatest of short stories, premises and settings are confined, intimate, reflecting the simplest longings and shortcomings of humankind. Keep the collection by your bedside or in your purse and enjoy a story when time permits. Still in hardcover, but should be in paperback by year-end, and, of course, available as an e-book. [Note: ironically, both this book and Urquhart’s use the Monarch butterfly as cover images – the go-to metaphor for instinct as well as displacement.]

Happiness lengthens time. Every day seemed as long as a novel. Every night a double feature. Every week a lifetime, a muted lifetime, a lifetime in which sadness, always wedged under her breast like a doorstop, lost some of its bite.

The hospital… like a true medieval fortress, it cast its formidable shadow on the surrounding area. Everyone who worked in it or lived near it or occupied its rooms felt its spirit: benign maybe, malign maybe, maybe neither, at least for now. The place harbored secrets – electronic information, sneaky bacteria – and it was peopled by creatures who had wandered in or maybe had lived there since birth, like the AIDS babies, the short-gut babies, the babies lacking brain stems: all abandoned to the Castle by horrified parents who sometimes even fled the state. There were beautiful ladies-in-waiting – waiting to die; and crones whose futures were no happier; and tremulous knights; and bakers with envelopes of magical spices.
Posted by Randy Kraft at 1:22 PM No comments: 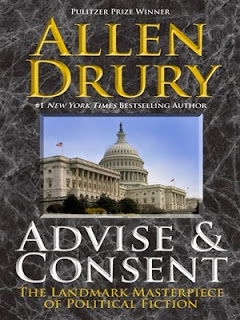 Here we go. Eighteen months of politic rhetoric, polls and pundits, and hateful advertising, invading all our devices. So if you’d like to hide now and then, I would like to recommend good political fiction, way more fun and less invasive. A few of note:

“All the King’s Men” by Robert Penn Warren, published in 1946, and a winner of the Pulitzer Prize, may have established the political fiction genre, although Machiavelli’s “The Prince” [1532] blazed the trail. A couple of films have been made based on this novel, but reading is essential to capture the full blend of drama, not to mention literary technique. Willy Stark, a charismatic and complex character, rises from back woods lawyer to the governorship of Louisiana, and his idealism is ultimately corrupted by power. Loosely based on Governor Huey Long, this is curl-up-on-the-couch reading – a masterful story considered by some as the best of the best.

“Advise and Consent” by Allen Drury, published in 1959, took the genre further. This novel spent two years on the NY Times bestseller list and also won the Pulitzer Prize. Based on the confirmation of a former member of the communist party for Secretary of State, at the height of the cold war. Drury appears to have been obsessed with the hidden dangers of communism. The title comes from the constitution, which states that the President shall appoint cabinet members, ambassadors, ministers, judges, etc. with the “advice and consent” of the Senate. Remember those days? Drury repeated some of these characters in subsequent novels and according to a Senate website, “was not interested in profiling any one individual but in capturing the whole gallery of stock characters that Washington had seen and would be seeing again.” Personal agendas, secret histories, it’s all there in really good storytelling. 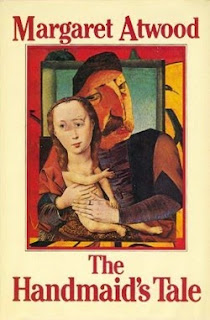 Moving from realistic fiction to the more abstract, Margaret Atwood’s “The Handmaid’s Tale” is a stunning work of fiction published in 1985 that explores the consequences of the subjugation of women. The novel won the prestigious Governor General’s Award in Canada [and lost the Pulitzer to “Lonesome Dove” by Larry McMurtry.] Set in a not-so-distant dystopian future, in what was the United States and is now a dictatorship based on Old Testament Christian ideals. No surprise that it was written in the thick of the modern feminist movement and is considered by many still the best of Atwood’s many accomplishments. Women’s rights have been completely taken away and those of childbearing age and good health are segregated for planned procreation, because fertility rates have dropped precipitously as a result of radiation and pollution. The protagonist, who has been assigned as the concubine to a military commander, engages in a clandestine affair with him and takes steps toward freedom for herself and her child. Engaging, remarkable characterizations and language, and frankly terrifying in light of what some politicians in this country might do given the power, it’s a must read for everyone about the dangers of political extremism.

I also recommend Graham Greene’s gripping “Quiet American” [1955] which casts a different light on the genesis of war in Southeast Asia and has to do with the politics of diplomacy. Disturbing, beautifully written fiction.

And there’s always “Atlas Shrugged” by Ayn Rand [1957]. Another dystopian novel, this one focuses on the power inherent in big business, portraying Rand’s theories of objectivism, a philosophy based on a hierarchy of individualism and capitalism with limited government. Echoes the rhetoric of more than one Republican candidate right now. Ayn Rand is not for everyone, and you may have read her in college, although to reread now is to read through totally different eyes, and, if nothing else, her character portraits and high drama make for fascinating fiction.

The wild card: discover fabulous young Colombian writer Juan Gabriel Vasquez, whose 2014 novel “The Sound of Things Falling” has to do with what we think we know about people, even those closest to us, and also suggests the seeds of the drug culture may have more to do with politics than economics. Of course, one might argue that economics is politics.

You may want to read some of these novels and share them with your friends, saving yourself and others from the harsher realities of the 2016 political campaign.
All available at your library or in paperback or e-books. Happy reading.
Posted by Randy Kraft at 4:58 PM No comments: