A novel and a memoir to suit your beach and backyard reading pleasure. 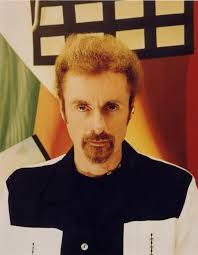 THE HARDER THEY COME by TC Boyle.


TC is a chronic pleaser. And, to my mind, gets better all the time. His books are prototypical page-turners and this novel grips you on page one and keeps you there until the bitter end. A retired principal fights back when accosted and becomes a hero, although he knows better. His son is a misunderstood malcontent, and an undiagnosed schizophrenic, who, like too many these days, stays under the radar until tragedy strikes. The novel sheds light on how easily a youngster can go from “difficult” to dangerous. When the boy takes up with an older woman who has adopted an anti-social conspiracy theory approach to life, the plot, yes, thickens. Yet she cooks like a gourmet, cherishes her abandoned dog, and takes in the younger boy as if her personal reward for superior integrity. In the midst of this, TC manages to weave in the mistreatment of Mexican immigrants, a theme he explored so beautifully in TORTILLA CURTAIN, and also examines mental health as in the fabulous, and lesser known, RIVEN ROCK. Every word counts, every character is true, and every scene is set to perfection, including his trademark descriptions of nature and landscape. Don’t be daunted by harsh realities. Like “True Detective” or “Breaking Bad,” the pacing, the language, and the cultural implications are well worth reading. Available in hardcover or e-book.

ON THE MOVE by Oliver Sacks. 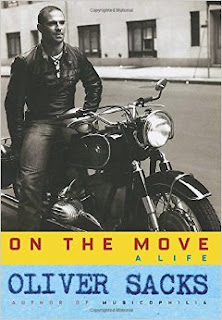 The latest, likely the last personal narrative by the great doctor/psychological pundit, and perhaps the most personal of all. Dr. Sacks revealed earlier this year, in a poignant published letter, that his days are numbered, and I was thrilled to have one more visit with him. I've read most of his writings, which document, as if fairy tales, unusual genetic and physiological misfires. Even if you haven't read his work, you might have seen "Awakenings" the movie, based on his first major publication, about the revival of patients in long-term comatose states after bouts of encephalitis. This new memoir also reveals the doctor’s hardships as a young homosexual in England, in that era when anything other than heterosexual was considered an aberration, as well as his struggles with writing [an obsessive editor] his older brother’s mental health challenges, which informed his devotion to his patients, and his relationships with parents, editors, mentors and lovers… And I never knew he was a biker boy! Even this becomes the source of contemplation about the mind-body connection. “There is a direct union of oneself with a motorcycle, for it is so geared to one’s proprioception, one’s movements and postures, that it responds almost like part of one’s own body. Bike and rider become a single, indivisible entity; it is very much like riding a horse.” Reading ON THE MOVE feels like sitting by a fire with the good doctor with a cup of coffee, or a beer, content to listen and learn. Good reading and insightful lessons. Dr. Sacks will be sorely missed. Available in hardcover or e-book.
Posted by Randy Kraft at 8:37 PM No comments: