The Other Side of Paris with Francine Prose. 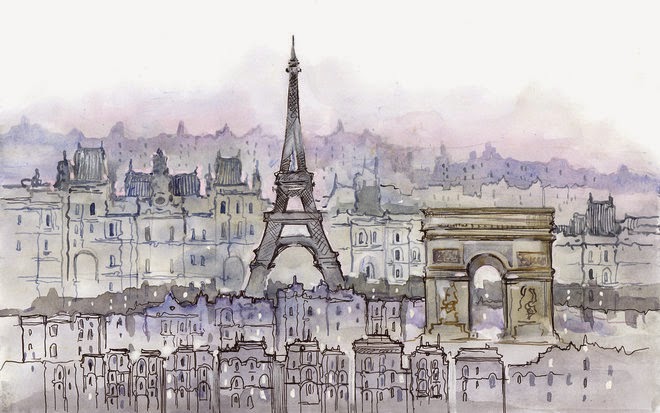 I’ve been a fan of Francine Prose for some time. She writes with clarity and intelligence, and always directly to the reader. She bases stories on the downfallen, the marginalized, the supernatural and the unnatural, never with a heavy hand, and she gives them all a face we recognize. Sympathetic without hyper-sentimentality.

Lovers at the Chameleon Club. Paris 1932, my holiday reading and the last of my 2014 book reviews, is no exception. Based on interconnected characters during the days leading into World War II, she realizes their stories through fictionalized letters, a supposedly published memoir, and personal narratives, narratives that contradict now and then to suggest unreliability, and while she drops many hints at what will come, one is compelled to read on to find out how this strange story plays out.

The core character, Lou Villars, is based on an infamous femme fatale named Violette Morris, a lesbian car racer and cross-dresser who was tapped by the Nazi’s to interrogate resistance members, some of whom were her cohorts at the Chameleon Club, one of those outrageous night haunts where there were no inhibitions and anything went. Lou found herself a community there, but was subsequently disillusioned by the French government’s refusal of her professional driver’s license, because she wore men’s clothes. She had been a javelin thrower and runner, and, ostensibly, Hitler admired her prowess so much he invited her to the 1936 Olympics and she was thus easily seduced to the dark side. Did she turn her back on those who had taken her in when she was desperate to release her inner self?

Among the scintillating cast is a hyper-sexualized, self-impressed writer named Lionel, modeled, according to previous reviews, on Henry Miller, and an idealistic Hungarian photographer based on Brassai. And an aristocratic woman, her gay husband and fascist brother, who come to Lou's aid, and serve as patron to the photographer. Add an assortment of strivers and believers, in all shapes, sizes and sexual orientations, who make their way in a Paris struggling with "unemployment, inflation, mass bankruptcy, immigration, a crushing national debt, an increasing tax roll, and a diminishing tax base, political scandal, poverty, a shrinking middle class..." Sound familiar?

There is unrequited love, manipulative love, true love and promiscuity, all of which represent Paris before the German invasion, and because Prose alters voices and style from chapter to chapter, the narrative is consistently interesting. Every character in some way struggles with commitment - to purpose, family, lovers, sexual identity and country - the novel is thoroughly engaging and strikes truth.

I believe it was a sleeper this year, much overlooked for more sensationalized works. If you enjoy the bizarre and the contemplative, and never tire of reading about Paris, this is a novel worth your time. A good, curl up with novel. And talk about it with friends. The best kind.

Available in hardcover, but coming soon in paperback, and of course for all e-readers.
Happy new year. Happy reading.
Posted by Randy Kraft at 12:48 PM No comments:

The London Observer called Japanese writer Haruki Murakami the best novelist on the planet, so it is no wonder that this latest novel sold one million copies in Japan the first week of publication. Murakami fans might consider it Murakami “light” – the novel explores major themes, but in a style more traditional and less abstract than usual, especially the well-known IQ84, Kafka on the Shore and The Wind-Up Bird Chronicle, which, I confess, I found terribly difficult to interpret.

Murakami is a surrealist who once told an audience that his dream would be to find himself at the bottom of a well where he might freely contemplate the universe. Think Alice.

What all his novels and stories share is a fascination with the human psyche and the delicate nature of human connection. They also share similar protagonists – outsiders, dreamers, often lost between reality and an alternate reality. Sounds simple, but in Murakami’s fiction, nothing is as it seems and absolutely nothing is simple.

This novel’s namesake is no exception. Tsukuru has been wandering for sixteen years as if disconnected from the earth, and from himself, since his four best childhood friends dismissed him from their circle without explanation. These were each knicknamed for primary colors – blue, red, white and black – however Tsukuru was never designated a color and this sets the tone for their friendship, and for their abandonment. He never asks why they rejected him so abruptly and permanently, assuming it was because he is colorless and thus meaningless.

Tsukuru barely survived depression and still suffers physical and emotional trauma. He cannot connect intimately with anyone, especially women, and although he pursued his passion to build train stations, he takes little pride in his work. He perceives himself a drifter through destiny, rather than master of his fate.

Enter Sara, a no-nonsense travel agent who captures his fancy and insists that he must clear out the baggage of his past in order to construct a future. She serves as both facilitator and motivator, and Tsukuru seeks his friends to unlock their secrets.

Makes for good fiction. Yes, Murakami’s writing is sometimes so plain it is surprising how mesmerizing the novel is. A page-turner, yet there is little desire to rush to the outcome, which is surprisingly benign, and while the book touches on the profound, it is more a personal journey, for the fictional Tsukuru and for the reader. So many of us have lost touch with people once so important they anchor our image of ourselves, the people who serve as witness to our existence, and how many of us never fulfilled the dream of belonging?

Murakami often uses music and pop culture to ground the reader and this book has plenty of it, including a cell phone with Elvis’ Viva Las Vegas as ring tone. Classical music, which can be both unstructured and meandering, is prominent, particularly for one of the four friends who plays a pivotal role, a young woman named Shiro, meaning white:

“The Yamaha grand piano in the living room of her house. Reflecting Shiro’s conscientiousness, it was always perfectly tuned. The lustrous exterior without a single smudge or fingerprint to mar its luster. The afternoon light filtering in through the window. Shadows cast in the garden by the cypress trees. The lace curtain wavering in the breeze. Teacups on the table. Her black hair, neatly tied back, her expression intent as she gazed at the score. Her ten long, lovely fingers on the keyboard.”

And music is pivotal to the book’s title:

“Most people see Liszt’s piano music as more superficial, and technical. Of course, he has some tricky pieces, but if you listen very carefully to his music you discover a depth to it that you don’t notice at first. Most of the time it’s hidden behind all the embellishments. This is particularly true of the Years of Pilgrimage suite. There aren’t many living pianists who can play this piece accurately and with such beauty.”

Colorless Tsukuru is available in a beautifully designed [Chip Kidd] hardcover and for e-readers. I would recommend for avant-garde book groups. Discover Murakami before he wins the Nobel prize, for which he is a persistent frontrunner, although I would prefer Philip Roth to win first. Happy reading.
Posted by Randy Kraft at 8:24 AM No comments: