Facing the Face of Age 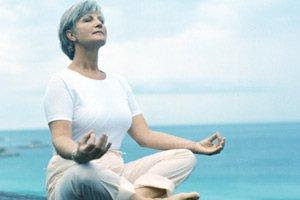 When I was 25 years old, a young boy, son of a friend, told me I was middle-aged. I smiled of course, concealing the outrage, and without asking he explained. “If people live to be 72, and life is split up between young, middle aged and old, then 24 – 48 is middle-aged.” Apparently the kid was a math genius. One could not argue the logic, I suppose.

Now that boy would surely find me to be quite old. 62 next month, only a decade from my demise, according to his logic. And while I certainly don’t look or feel 25 or even middle-aged, I am surely not old, and I don’t feel much older than, perhaps, 45. Statistically, all Americans feel themselves to be younger than they are, all except new parents, who feel older. Understood. Been there as well. In truth, I feel quite young most of the time. Oh yes, I look in the mirror and see a woman who looks close to my real age. Sometimes I don’t recognize myself. But my energy levels are quite high. I can walk miles without breaking a sweat, and continue to walk almost every day. I was even able to keep up with my older daughter’s pace while we were wandering Scotland recently, the London girl who walks like her New Yorker mother [something about the apple and the tree.] At Pilates class I keep up with my much younger cohorts. I sleep through the night, most of the time, and sleep well, which is terribly important to me as I get really grouchy when I don’t get enough sleep, which those of you who know me well will attest to. I rarely have bags under my eyes and even the wrinkles, and there are plenty, aren’t too deep. My teeth are moving around and my bite is off but orthodonture will fix that, and would have fixed that when I was a girl if my parents could have afforded that. So I'll compensate for the sins of my youth.

I try not to look back [a sure sign of age] and almost always look forward. I still have a desire for adventure, in fact more so than ever before, and continually scour the Internet for affordable travel. Even a visit back to the east coast is cause for celebration; homecoming, albeit less exhilarating, is as satisfying as distant shores.

I do continue to play the geographical destiny game, that existential dilemma that plagues so many people my age [an expression that I’ve already grown to despise] in which we’re not sure where we truly belong. I ran into an associate the other day who has lived in Laguna Beach 20 years and loved it, but while he longs for a more citified environs, not sure where he will go. I came home from Scotland thinking I want to live in an Edinburgh in a temperate climate, preferably by the Pacific, but not sure such a place exists. What are we willing to give up at this stage of life [another abhorrent expression] and what are acceptable compromises? How do we balance the need for change with the need for permanence and security in the midst of old age? Yes, old age. Ouch.
Posted by Randy Kraft at 8:10 PM No comments:

My grandfather, dear Poppy, told me long ago that if we aren't learning something new all the time we aren't growing. I took that to heart. But never more so than this last week when I learned to put together a newspaper. Yes, I've written hundreds of articles over the years. I was an education reporter for a year, business reporter for another year, city beat editor for two years, editorial writer on and off for many years. All local, the best journalism training grounds on earth. Learned a lot as magazine contributor as well, but that's another story. I know not to bury the lead, check quotes and pack a punch.

But this week I learned a whole new set of lessons.

An on-line newspaper is another thing entirely. A hybrid between a newspaper and a newsletter: features are brief, more space is devoted to event announcements and a lot of time is spent summarizing press releases that are way too long and terribly written. In three days I wrote roughly 10 short articles and re-wrote another 10 notices, as well as a sports recap, police blotter and recap from the district attorney's office. In between that I researched a few controversial subjects, hunting down comments from people hard to reach. I made sure there was adequate art to accompany key pieces and tried to obtain original photos to distinguish the newspaper from its print competitors. I directed the layout editor on what to delete, how to sequence stories and what headline to use in the email alert. There's a lot to being a one-woman show.

Exhausting. Exhilarating. Fun. Frustrating. Most importantly, I learned some important lessons that will surely serve me well in the increasingly cyberspace- oriented land of journalism.

I'm glad I only have to do this for a month or so. This is not the way I imagined my semi-retirement. Still, I am grateful once again for the opportunity to reach beyond my own boundaries and perhaps contribute something in the process.

And, once again, my adopted home has presented me with an opportunity to make another mark and extend myself just a bit further into the lovely land called Laguna Beach. This place that has afforded me so much, and reminds me daily to always expect the unexpected. A lovely way to move forward into senior citizenship. Who knows what's next!

Check it out at www.stunewslaguna.com.
Posted by Randy Kraft at 8:41 PM No comments: 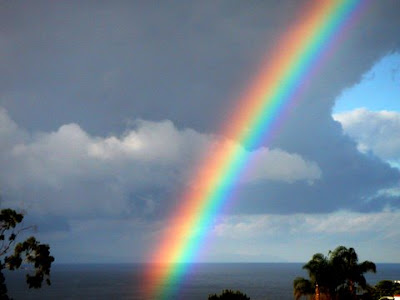 Blue has always been a favorite color for me, and especially its purplish variants, although of late I am drawn more to acqua. My parents’ eyes were blue, as were Rusty’s, and my daughters. [Mine, though often thought to be blue, are actually green, but they take on a blue tinge from my frequent wearing of blue clothes.] I have always found blue to be both soothing and startling, not unlike the contrast here in California of lighter blue skies with deep blue waters.

Blue is both simple and complex. It falls on the color line. However, there are multiple meanings and multiple uses.

Bluestockings. Bluenotes. The blueline in hockey. The blueplate special. A blueprint. Blue ribbon…

Blue is the color of twilight and midnight. Blue often symbolizes the Virgin Mary in art. The ancient Egyptians used lapis lazuli to represent heaven. A pure blue is the color of inspiration, sincerity and spirituality. It is also the color of royalty.Blue is now the color of democratic states [an accident of the media, or is it?] Dark blue is the color of truth and moderation. [Note the use by companies like Dow Chemical and American Express, and of course the ubiquitous Microsoft blue screen.] Wednesday's color is blue [also the day I was born.] Blue gemstones that equate to calm are blue sapphire and blue topaz. Lapis lazuli and azurite are said to heighten psychic power. Turquoise is the symbol of youth, both the color and the gemstone. Aqua is the color of high ideals [perhaps this is a message to me to maintain these in the land of leisure.]

Pier One, where I enjoy shopping now and then, is always high on acqua, which I suspect has more to do with its easy compatibility than idealogy. No accident that my everyday dishes are marine blue, my couch an aqua-tan stripe, my soft throw blanket seafoam… Blue is said to symbolize trust, loyalty, wisdom, confidence, intelligence, faith, truth, and heaven. A lovely color scheme.

It is said that blue provides a feeling of distance – artists use it to show perspective – although I suspect Picasso had more on his mind during his Blue period. Psychics say that the color blue has a distinct energy that allows us to look beyond and increase our perspective outward. And that it contains a cool vibration that is helpful to communication. In the range of spectral colors, blues sit between purples and green, on the darker ends of the scale. This might explain why the blues became associated with melancholy, although supposedly there was a blue tinge to the eyes of those who suffer depression, when first described eons ago. There is also an association with blue devils, as in hallucinations. Seems so odd to me that a word that means everything from heavenly to high ideals can also come to be associated with sadness. And the music, which derives from the emphasis on “blue notes” is perhaps the definitive description of bittersweet.

There is the equivalent of an entire column of meanings for blue and related words in my Thesaurus [I did not take the time to count the number of synonyms, but there must be hundreds.] There seems to me in Southern California a preponderance of blue flowers, including the purples. Do the UV rays sink in more deeply in some way, or bathe plantings in a brighter light? Or is it the soil, as the hydrangea here tend to be more blue than pink.

I have lots of blue/purple flowers blooming in my yard. My house continues to be dominated by blue accents. Shades of blue, has a ring to it, doesn’t it? Thus, whether I sit at my computer or walk on a path on the cliffs above the Pacific, I am warmly embraced by blue. It has become for me the color of warm. So that I am rarely blue.