The Joys of October 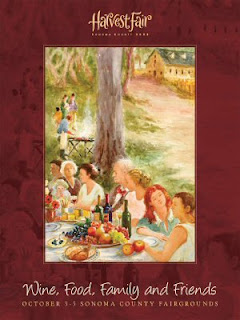 October may be the best month of the year, wherever you live. In Connecticut it is an especially beautiful time, leaves rippling, changing, casting a burnt orange tint over the landscape, and the air as crisp as the fallen leaves that will soon lay a blanket over sidewalks and driveways. And while the weather is fungible, there is always that one last burst of warmth mid to late October that holds you for the months ahead. I know this because my #1 daughter was born on the 20th and we brought her home to 70 degree temperature and every year since [OMG – 30 years this month!] we always enjoy “Dana-weather” some time close to her birthday. Seems like yesterday that I took her out for her first walk in her English pram [perhaps shades of her future life in London] and wrapped her gently in a matching coverlet to protect her from the morning chill. October in New York, the sun slants a bit, casting softer shadows between skyscrapers and bathing parks in a uniquely golden glow. Europe is lovely in October, both the weather and the absence of the throng of [American] tourists that have hovered all summer. London is drier in October. So is Seattle. San Francisco and the Bay area are best in early fall, when a silvery light filters through the early morning fog and a nearly summer sunshine warms the day.
Sonoma County wine country is stunning in fall, when mornings are so cold the dew is nearly frosted, and by mid-day it’s summer-hot, every leaf and vine soaking in warmth to last through the chilly night. My friend Chris tells me the season is sweet. Mustard seed and lavendar blanket hillsides, the air smells of the grape. Perfect final days and nights for the vines before harvest.
In New Orleans the worst of the heat has evaporated and hurricane season has blessedly past. Same in Austin. Florida is also at its best. I imagine Chicago is lovely in fall. Even in Buffalo snow rarely falls in October.
Is it no wonder that Libra, the astrological sign of the October born, is the sign of balance. Like the scales of justice that Libra represents, Librans are objective. They abhor unfairness and conflict. They strive for peace, something always in short supply.
My friend Byron tells me that Hong Kong is warm but not hot right now, drier and brighter and the nights so clear one might almost make out the stars. And in Southern California, where people say there are no seasons, October marks the end of summer heat, although not the end of fire season if Santa Ana winds blow in from the desert. It is however a period of equanimity. Mornings and evenings are cooler, the marine layer dissipates quickly leaving a mere residue of moisture along the shoreline, where waves crash more forcefully to shore as the Pacific reclaims its cold. Summer blossoms remain but the foliage prepares for a brief winer respite. Sunsets are especially spectacular, which some suggest is pollution but I prefer to believe is the rapid descent of the autumn sun at day's end, its rays spreading their halo beyond Catalina Island.
A simply beautiful month, a beautiful time of year, a time of ancient holidays, pumpkins, pie and candy. Apples are bountiful, gords everywhere, and while we all love summer, there is a lighter step and a brighter spirit in October. A season of harvest and for many a season of reflection and rededication to another year of days. The season of atonement.
October comes upon us quickly and disappears too soon. Then again, November is quite lovely in Laguna Beach, and for all of us this year, that time when the election will at last come and go, and perhaps the many crises that exist in our world right now might subside, just a bit, hopefully, we will all have a chance to breathe before the darker days of winter. Enjoy the moments.
Posted by Randy Kraft at 4:28 PM No comments: